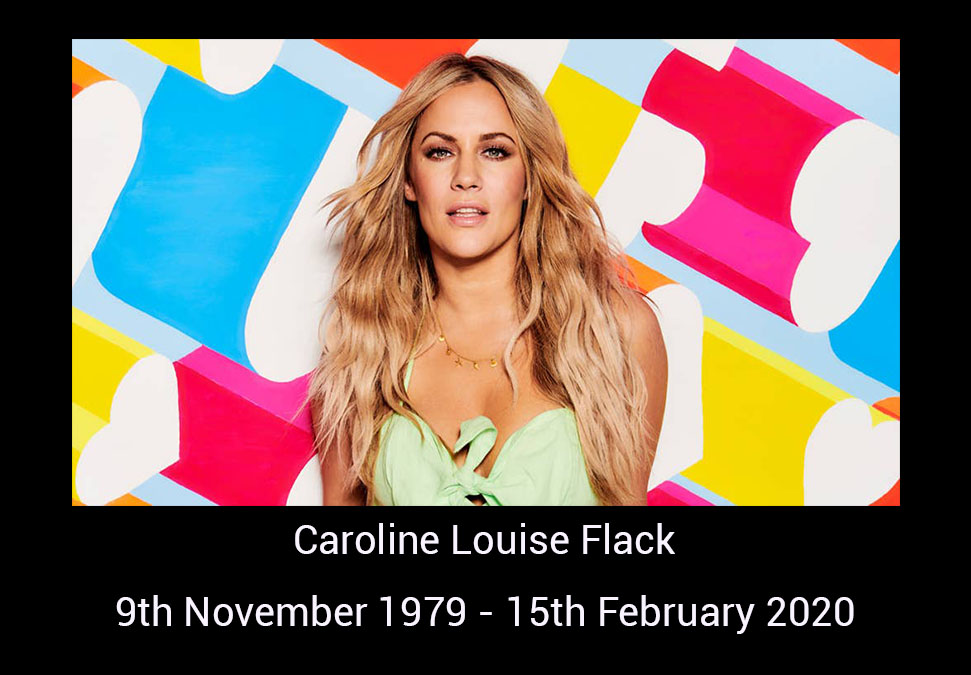 The family’s lawyer said Flack was found in her home 15th February, in East London, according to the Press Association. Her family have asked for privacy as they grieve her sudden loss.

Flack began hosting the Love Island show in 2015 and stepped down in December following allegations she assaulted her boyfriend, tennis player Lewis Burton.

“This kind of scrutiny and speculation is a lot … for one person to take on their own,” she wrote. “I’m a human being at the end of the day and I’m not going to be silenced when I have a story to tell and a life to keep going with … I’m taking some time out to get feeling better and learn some lessons from situations I’ve got myself into. I have nothing but love to give and best wishes for everyone”, she wrote on social media.