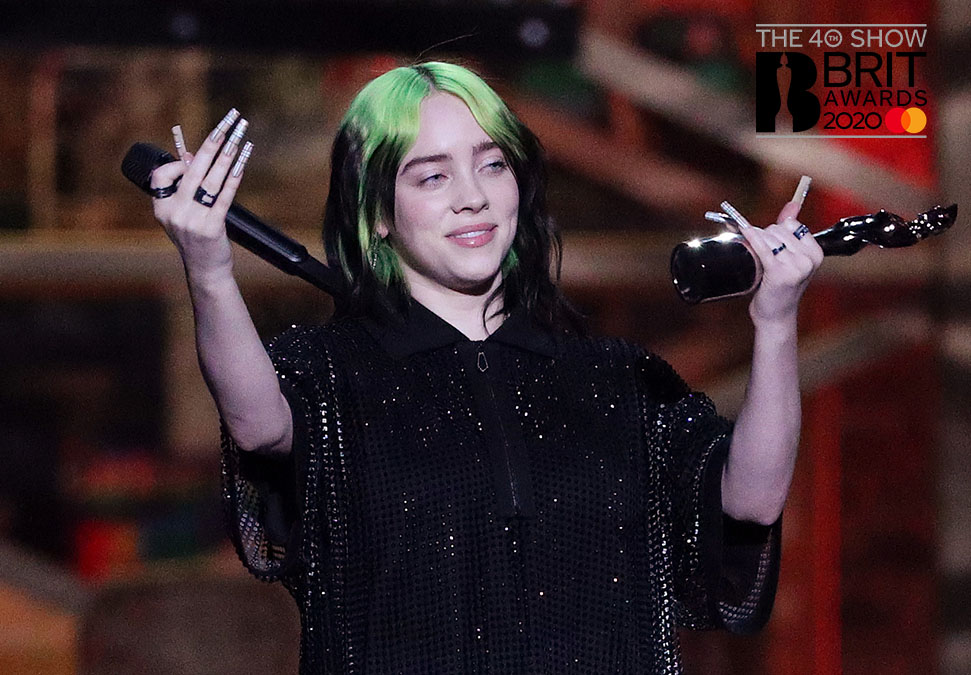 An emotional Billie Eilish broke down at the 2020 BRIT Awards on Tuesday evening after admitting social media trolls had made her ‘feel hated.’

The American star accepted the award for Best International Female Artist from our very own Spice Girl Mel C –  just moments after giving an outstanding performance of the new James Bond theme No Time To Die, live for the first time.

Speaking to fans at London’s O2 Arena, a visibly moved Billie told the star-studded audience, ‘I wanted to say something that I was thinking like two seconds ago… I’ve felt very hated recently, struggling to compose herself, she added And when I was on the stage and I saw you guys smiling at me, it genuinely made me want to cry, and I want to cry right now, so thank you.’